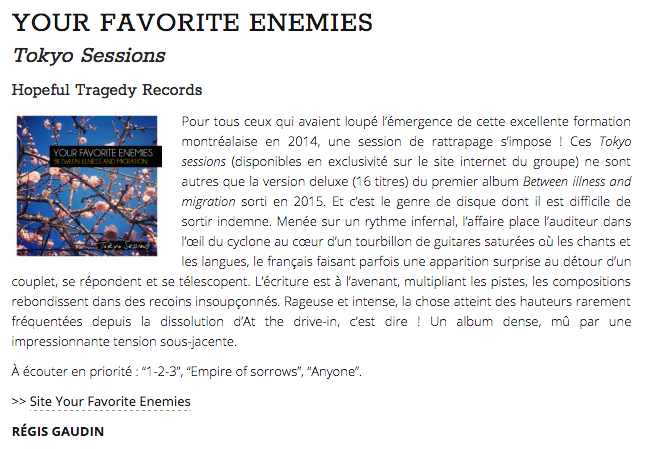 For those of you who might have missed the emergence of this excellent Montreal-based band in 2014, you’ve got to take a catch up session! These Tokyo Sessions (available exclusively on the band’s website) are the deluxe version (16 titles) of their first album “Between Illness and Migration”, released in 2015. And it’s the kind of album that leaves a mark! Led by an inferno rhythm, the work brings the listener in the eye of the storm, in the heart of a tornado of saturated guitars where melodies and languages, French sometimes appearing around the corner, answer each other. The writing is way ahead, paving the roads; the compositions lead us in lands yet unknown. Intense and raging, the work reaches heights not often frequented since the disbandment of At the Drive-In. An album that is dense, moved by an impressive underlying tension.