It truly is an experience. And one that you will never forget. To describe with words what happens is actually impossible. The connection with the band and the crowd is very strong and incredibly intense. So much that at the end of the night it is hard to believe it really happened, yet you can’t deny it did. It is probably because every night they play, the band members die on scene and are reborn again. Because what we live in the crowd, they also live it on stage. Because as we smile in the crowd, they smile on stage. Because when we cry in the crowd, they cry on stage. We arrive at the venue not knowing what will happen, and they don’t know either. Because one song is never played the same way.

“It’s quite funny to say, but we never actually play our songs the same way from a concert to another. We are one of those bands who believe that we are not an iPod playing the songs the same way all over and over again. It’s an all-in type of freedom. It’s imperfect, it’s noisy, it’s sweaty but it’s real. Some nights are on the edge of being a fabulous disaster as much as some nights are a magnificent uplifting epiphany. And the connection with the real people attending the concert is the soul of the night. It’s all about the moment we embrace on stage and the communion we share with the people that shape the songs. This creates incredible moments with the people and makes the rest of the band go completely crazy when I’m going way away from both the form and structure of the songs! ” – Alex, in a recent interview for an Australian magazine 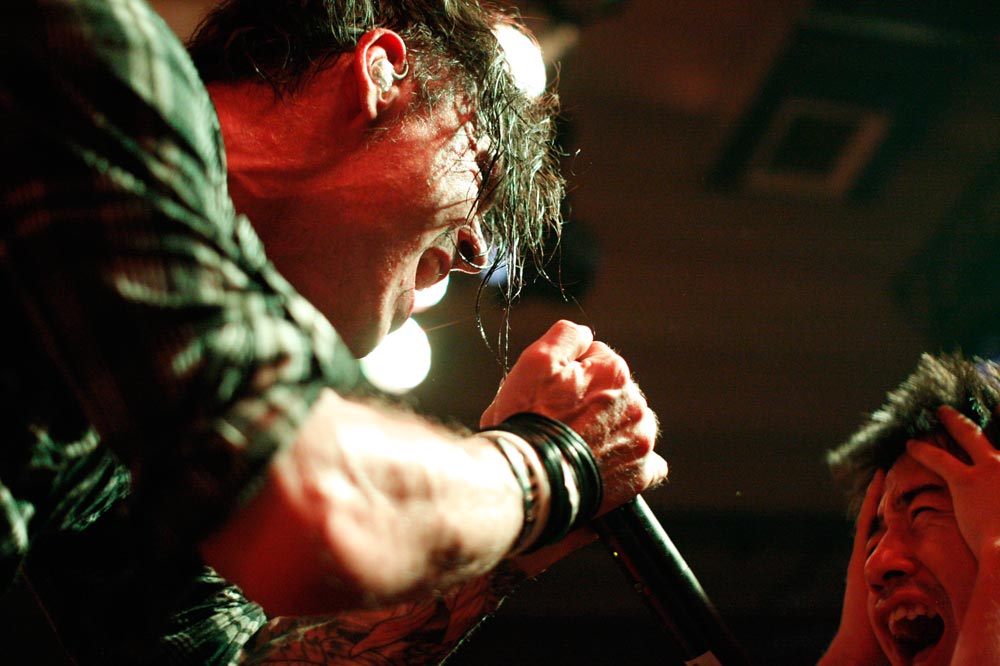 The hardest in all this improvisation that takes place on stage? Ben finds it’s exciting in all its aspects, Jeff finds letting go difficult, Moose sometimes fears his muscles are going to give up, for Sef it’s staying aware of the subtle changes that take place and that he needs to follow, Miss Isabel sometimes wishes she could go back to these moments through recreating the songs. But that’s what a moment is all about. Once it’s over, it keeps living within you and won’t fade away as you’re left with the undeniable impact it had on you. But it can’t ever be recreated again.

Some of their favorite moments?

Jeff: Ti-Guan Bar, Guangzhou, China – May 14, 2011
It was so intense, as if it was the last day of humanity, and that tomorrow would never come! I surprisingly got very close to them while playing, and started to simply scream, like I had never screamed in my entire life. They started screaming back with me, and we had such an awesome time allowing freedom, as nothing else mattered than knowing we were alive! 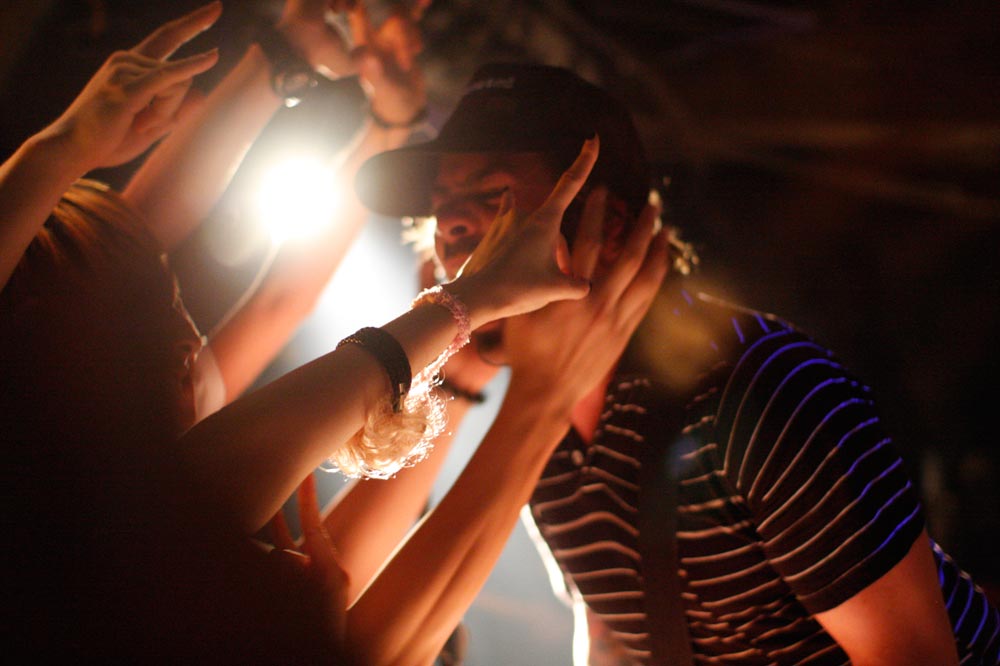 Sef: Concorde 2, Brighton, England – May 17, 2013
It was during the Empire of Sorrows song just before a crazy and noisy lead. I decided to come to the front of the stage to get closer to the people and live something crazy with them. I don’t have words to describe what I lived inside of me, but I know it was powerful enough to say that I have never been the same on stage since that specific moment… 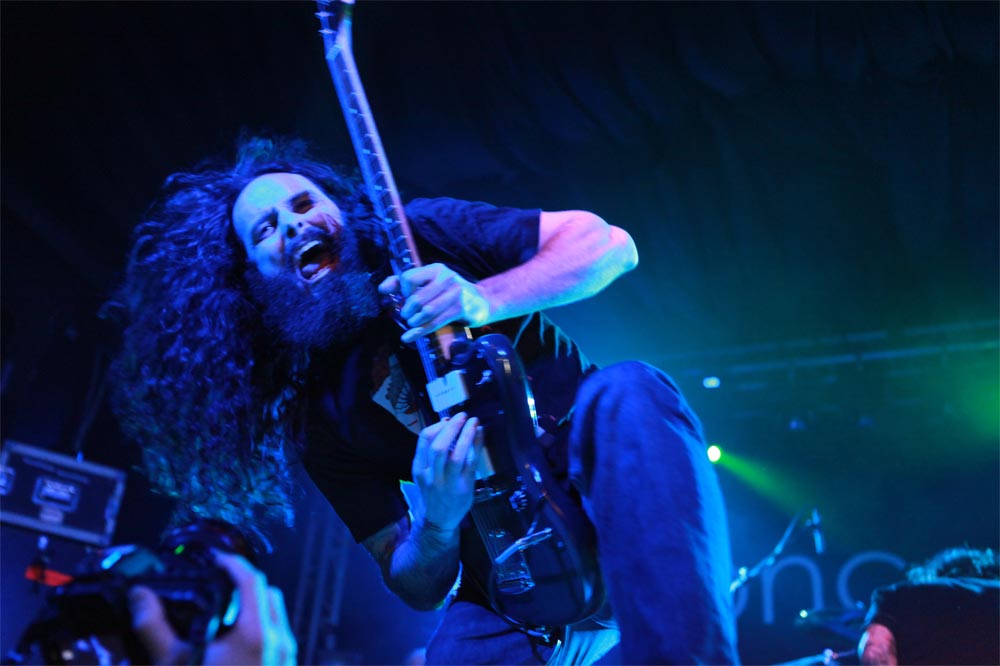 Moose: Les Mains d’Oeuvre, Paris, France – May 24, 2013
It sometimes happens that Alex climbs on my bass drum and sings his heart out, and it’s always very special to me. There’s this one night though where he suddenly put one foot on my seat and put his head against mine for us to scream together. I’ll never forget this moment. It’s as if in a split second I could feel the years we shared and the walk we walked together to live our dream. Absolutely priceless and eternal! 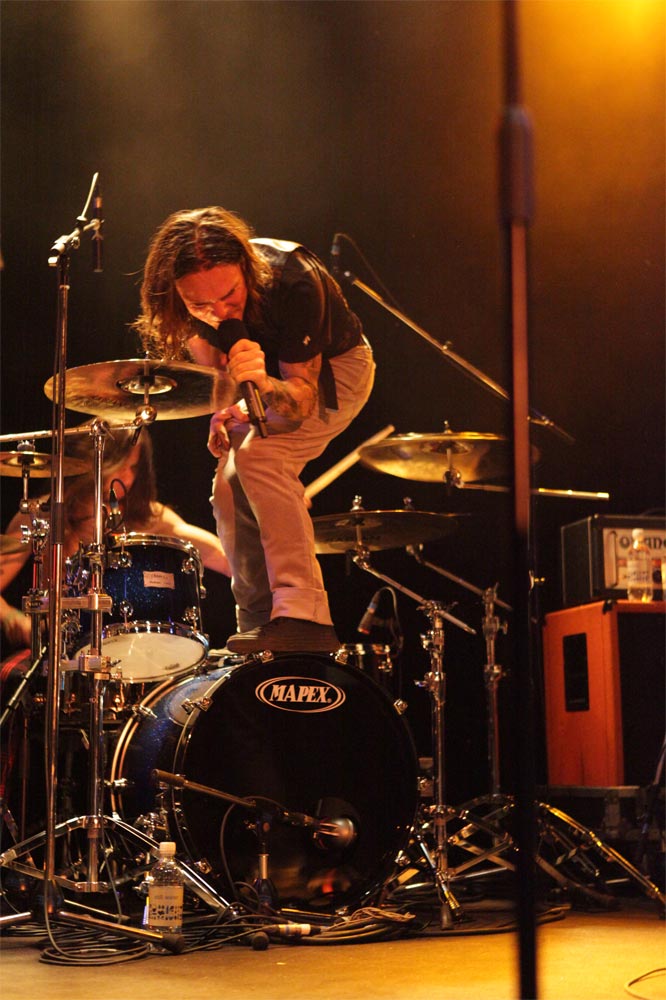 Ben: Midi Festival, Shanghai, China – May 8, 2011
Alex was talking to the crowd about letting go and dreaming. There was a girl that was so touched by those words… she was screaming and then started crying. I was able to see and feel how liberating that was for her, as if it was the first time she allowed herself that freedom to let everything out. After that, she was so exhausted she couldn’t stand on her feet, and it’s the rest of the people who lifted her up in the air and she left doing body surf. 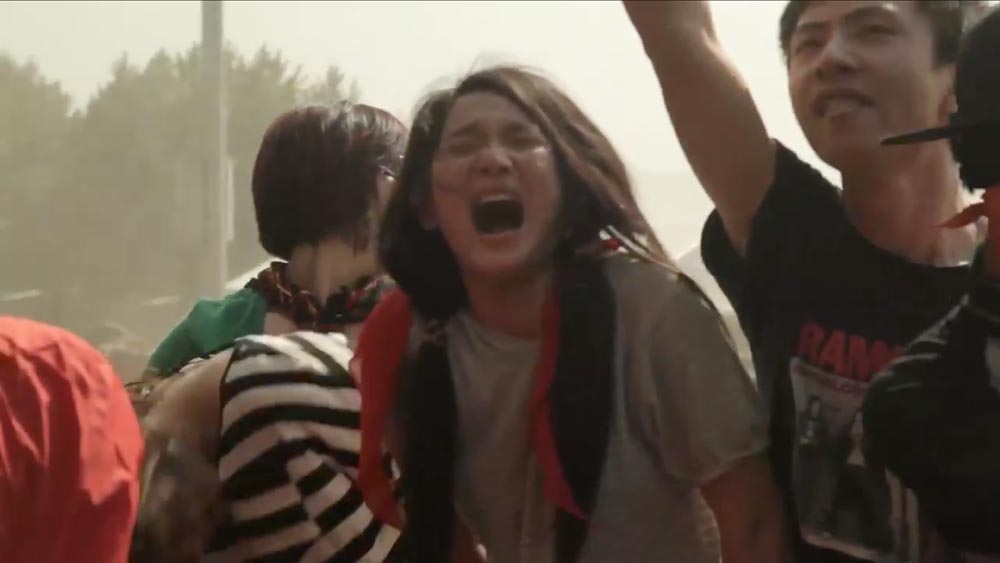 Miss Isabel: Red Sugar Jar, Shenzen, China – May 12, 2011
The first time I witnessed such a connection between everyone in the concert room was so intense that all of the sudden there were about 15 people on stage with us dancing and playing with us on our instruments, to realize shortly after we were ALL off stage still playing, creating OUR moment.  I ended up playing a whole song holding the hand of a girl, totally united with her in such a special way, very spiritual… 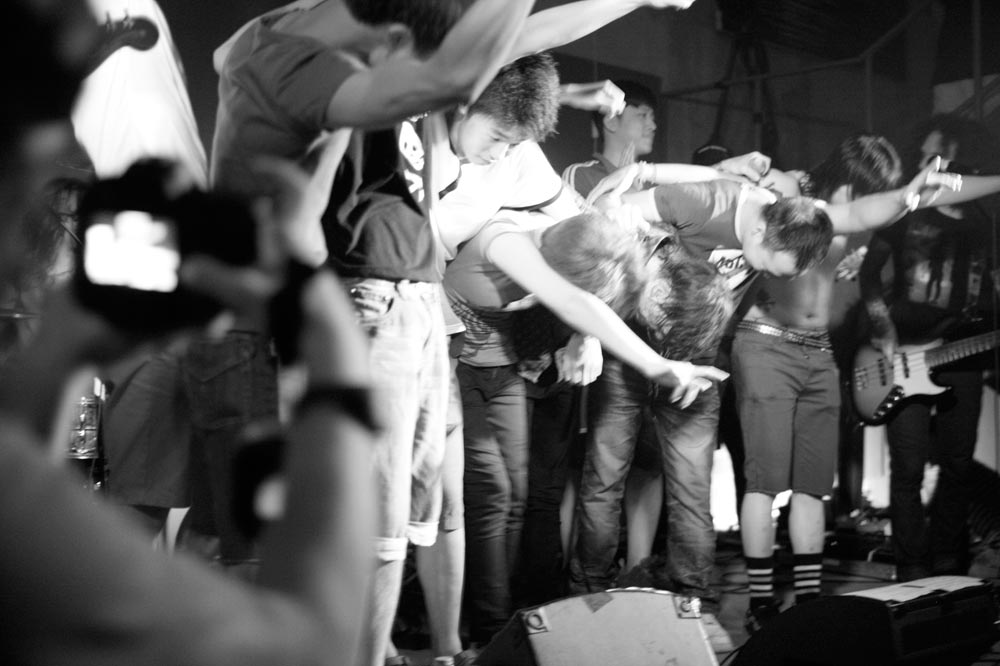 A show with Your Favorite Enemies is an experience.
It’s passionate. It’s real. It’s life-changing.
In every daily situation. In every recording. In every show.
Because it’s only a matter of being.